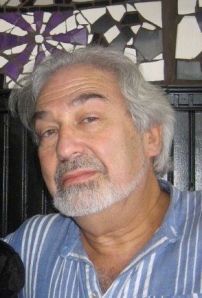 Dr. Zuckerman has always followed his nose, and as such has led an eclectic life by necessity—not so much by choice. Driven, he threw himself into careers that tested his capacity to perform as a scientist and medical doctor, businessman and venture capitalist, and, lastly, an artist and writer. He had two traumatic metamorphoses during his lifetime, with led to career and relationship upheavals and left him naked and ready to emerge into the world anew.

At age 2½, Dr. Zuckerman prophetically met Brooklyn family physician Dr. Gabriel Kirchenbaum, a true force of nature. The doctor sprouted Stephen’s life passion: to serve others through a calling in medicine. It has been Dr. Zuckerman’s unique humor-laced interaction with patients that has fueled his writing career.

In his heart, Dr. Zuckerman will always be tied to pulsatile New York where he was born, with its subways of fractured movements, its all-encompassing polyculturalism, its manifest Jewish humor and chutzpah. “If you can make it here, you can make it anywhere!” He also attended Stuyvesant Public High School, the pinnacle of academic overachieving, which fed into the good doctor’s belief in himself.

While New York molded Dr. Zuckerman, for the past forty-five years, Minneapolis and Minnesota have provided the rich soil for his variegated blossomings. His writing career has produced three books and a multitude of short stories. He currently has an autobiography in the works, as well as a never-ending plethora of new metaphors that spring forth with the regularity of Old Faithful!

Dr. Zuckerman is an author, a doctor, and an entrepreneur. He’s the author of three successful books: Medical Humor at its Best, Why God Spoke to Me, and What’s Up Doc?. Follow him on Twitter, or read more about his eclectic life on his blog.